Update: It looks like replacement parts are slowly becoming available, although they still cannot be tracked down through major retailers. You can now purchase the 92B/92S at the following locations: 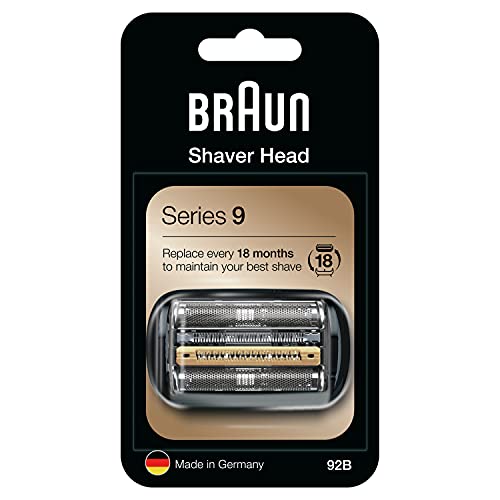 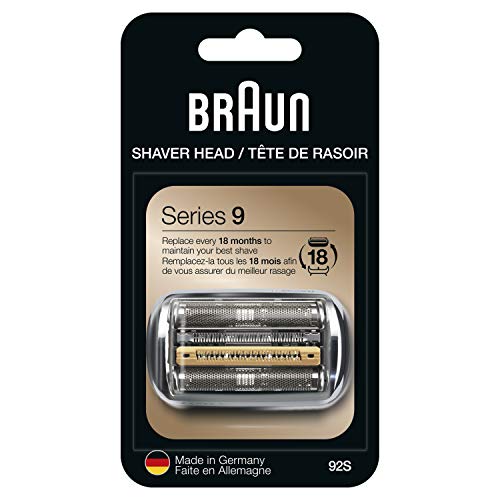 If you want to read more about the drama that previously unfolded regarding replacement parts then read on:

While we mostly focus on reviews, every now and then we come across a bit of information that we feel should be much more widely known.

Braun, a subsidiary of Proctor & Gamble (P&G) recently released their brand new Series 9 Electric shaver to the American public. Braun has spent hundreds of thousands getting the word out about the Series 9 shaver.

While the shaver isn’t half bad, there is an issue with the Replacement Cutter Heads. There are none available. Not at the major retailers. Not even in the Braun warehouse.

Now you may be thinking:

The shaving heads are supposed to last for up to two years, what’s the problem?

The problem is the word “supposed”. These cutter heads are supposed to last up to two years. But we are receiving many reports of the cutters failing just months after purchase.

Now in some cases the cutters are breaking due to accidental damage on the owners part. But in other cases the cutter itself has been faulty. One unhappy Braun Series 9 owner contacted us to explain more about his predicament.

After 7 months of use the blades in the cutter head fell out and I was unable to put them back together. I figured that since the shaver was still under warranty I would contact Braun. However, they responded that they had no replacement parts available. After spending over $300 on an electric shaver I am left with an expensive doorstop.

And that’s not the only complaint we have received. And this is deeply troublesome. The Series 9 shaver is useless without the replacement shaving head. You are left with an overpriced brick.

Here is our personal reply from Braun when we queried how long the shortage would last:

I’m sorry to disappoint you however I do not have an exact date available for you as to when the 90s/90b combipack is going to be available. These items are manufactured and then shipped in from Germany so there is no way to be able to give you an exact timetable. All I can advise is the 90s/90b cutter and foil will be available for your shaver before it wears out, with normal use which is typically between 9-18 months after is starts to be used. Additionally, at this point the shaver has only been on the market since August of 2015 so technically, the replacement would not be needed until at least the May 2016 – February 2017 timetable if the shaver was purchased right away when it came out.

That’s a nothingy claim that basically says “I have no idea when replacements will be available”. We were particularly unimpressed that the reason for the unknown delay is because the replacement cutter heads are manufactured in Germany.

Proctor & Gamble owns the supply chain. For them to not know how long the replacement heads are going to take is like a parent misplacing their newborn baby. They know exactly how long the supply delay is going to last and are refusing to reveal this time frame, most likely because it is embarrassingly long.

The affected part numbers are the 90S and the 90B. The only difference between the two replacement cutter and foil is the color. The 90S is silver and the 90B is black. If you are lucky enough to pick up either head then you can be confident it will fit your Series 9 shaver.

The shortage affected ALL models of Braun series 9 Electric shavers, including:

As well as any international varients.

The only Replacement cutters available are on sites like eBay and Amazon where the last few sellers are charging as much as the Series 9 shaver for the privilege to own one of the few cutter heads available.

The funny thing is that Braun customer support is actually directing people looking for the replacement cutter to these overpriced listings. Here is one such reply to a reader who was wondering where he can buy a replacement part:

This is not the sellers fault for charging the price. This is how supply and demand works. The problem is that the situation exists in the first place. And the blame rests solely on Braun.

Here is another gem from Brauns customer service department:

Thank you for your loyalty to Braun. I’m sorry to hear that you are having a hard time finding a replacement cutter block and foil. Replacement parts for the Series 9 are not available at this time, and we don’t know if or when they will become available. I would suggest purchasing a Series 7 instead. I hope this helps.

Actually recommending buying a new electric shaver when you have already purchased the Series 9? I understand that much of Brauns customer support is outsourced but this response just made us laugh.

Let’s get one thing straight, while the Series 9 electric shaver is relatively new in America, it has been available for over a year in Europe. Over a year and replacement parts are still not available. Absolutely unacceptable.

As you may have guessed, Braun has been very quiet on the issue. Unless you are affected, chances are that this may be the first you have heard about it. While Braun was more than happy to let the world know about the release of their new Series 9 shaver, they have been much more tight lipped about the problem with replacement parts.

Braun has been incredibly slow to resolve the problem. The best way to let Braun know that this is unacceptable is to vote with your wallet. Those of you who were considering purchasing a brand new Series 9 should hold off until replacement parts are readily available or better yet, consider a different brand altogether. The Panasonic Arc 5 is more than worthy competition to the Series 9.

Have you been affected by the 90S and 90B replacement cutter and foil shortage? Let us know below.

Those of you looking to buy an alternate shaver should check out our detailed guide that covers every currently available electric shaver and our thoughts on each. Read it here.

We will update this article when replacement parts become readily available.