If you read our review of the AirFloss Pro you will be fully aware that we think it is a great product hampered by a severe defect; it’s durability. We tested four models of the Airfloss Pro all four of them failed within a month.

We were not alone, we received many complaints from people who purchased the Airfloss pro and experienced the same failure. This is absolutely unacceptable for a consumer product.

So does the Sonicare Airfloss Ultra resolve the problem with units failing shortly after purchase? 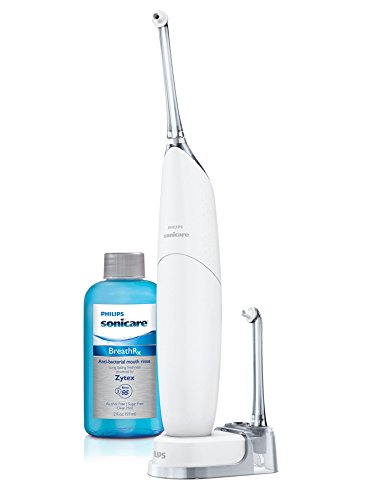 And the reason it doesn’t is because the Airfloss Pro and Airfloss Ultra are the same unit hiding behind different product names.

Philips Norelco has performed a bait-and-switch. Attempting to pass the AirFloss Ultra off as a new product when it reality they are just offloading faulty units that should have been recalled.

This is disgusting behavior of a manufacturer and should not be encouraged.

We purchased four of the Airfloss Ultra units and had three out of the four fail within two months of testing.

The first clue that something is amiss comes in the form of the packaging:

Philips Norelco has reused the same box, only slightly altering the design. In all my years of reviewing products I have never known Philips Norelco to reuse box art on a brand new product.

If there is one thing Philips Norelco likes to do is differentiate their new products from their older one with more elaborate packaging.

Next let’s take a closer look at the Airfloss Ultra and Airfloss Pro:

Well the key proof that the Airfloss Ultra and Pro are the same sits on the base of the unit:

Philips Norelco has simply taken the Airfloss Pro, put it in a new box and tried to sell it as a new product.

The only difference between the two models comes with the accessories in the box:

An extra airfloss tip (for a total of two) and piece of plastic that sits over the charger to hold your Airfloss tips.

We tested the AIrfloss Ultra over a period of three months and can confirm that it is identical both in features and performance as the Airfloss Pro. Because of this, we feel that the Airfloss Ultra did not warrant a dedicated review since it would be reiterating our exact findings from the Airfloss Pro Review.

Philips Norelco should have recalled it’s faulty Airfloss Pro line not rebranded it.

Get your FREE "Product name" Guide

0shares
Special offer for our visitors

Get your "Product name" Free Guide

We will never send you spam. By signing up for this you agree with our privacy policy and to receive regular updates via email in regards to industry news and promotions